DIDN’T FIND WHAT YOU WERE LOOKING FOR?

GET IN TOUCH WITH US !

Are Lithium Batteries Safe on Boats?

Additionally, We ELB lithium batteries are built in an internal battery management system (BMS). The BMS will detect battery real-time conditions. And shut down the battery to prevent damage or thermal runaway.

What Is The Unique Advantage Of ELB Marine Lithium Battery?

The electrodes (lithium and carbon) commonly used in lithium-ion batteries are inherently light. Making them smaller and lighter than older batteries such as lead-acid batteries. For comparison, a typical 100Ah (= amp hour) Li-Ion battery weighs about the same as a 40Ah lead-acid battery (about 10-12kg). But has more than twice the capacity.

Maximize your energy potential with 100% Depth of Discharge. This means that you can use 100% of the battery’s capacity to power your specific needs. Lead-acid/ AGM batteries slowly decrease their power and performance while the charge depletes.

Lithium has the ability to release and store large amounts of energy. Enabling lithium-ion batteries to package high energy capacity in a small size. This means that a lithium-ion battery of the same weight will last much longer between charges than other rechargeable batteries. While still maintaining its high level of performance.

Older rechargeable battery types, such as nickel-cadmium or nickel-metal hydride batteries, have what’s called the “memory effect” or “inert cell effect”. If repeatedly partially discharged before charging, the final battery can only supply locally before the voltage drops. Energy used during discharge. To avoid this, NiCd and NiMH batteries need to be fully discharged and recharged on a regular basis for maintenance.

Lithium-ion batteries don’t suffer from memory effect, which means they always use up the last bit of charge. Whether you’re using 100% or 25% capacity, you can charge them without tedious maintenance!

Lithium-ion batteries also have relatively low self-discharge rates. Self-discharge is a natural, irreversible phenomenon for batteries, where chemical reactions inside the battery reduce the capacity of the battery, even when the battery is not being used. The self-discharge rate of Li-ion batteries peaks at around 3% in the first 24 hours after charging, and then gradually decreases to 1-2% per month. In comparison, nickel-based rechargeable batteries lose about 10-15% of their capacity after charging, and another 10-15% per month.

The electrodes (lithium and carbon) commonly used in lithium-ion batteries are inherently light. Making them smaller and lighter than older batteries such as lead-acid batteries. For comparison, a typical 100Ah (= amp hour) Li-Ion battery weighs about the same as a 40Ah lead-acid battery (about 10-12kg). But has more than twice the capacity.

Is it worth upgrading a marine battery to a lithium battery?

Marine lithium battery is more expensive than lead acid battery. However, you will enjoy the benefits of significant weight savings, increased efficiency, increased safety and extended life. In other words, the Marine Lithium Battery is considered “maintenance-free” once your battery is in place and firmly connected.

When you compare the cost of lithium and their significantly longer lifespan, the price tag is about the same per hour of use as traditional lead-acid batteries, and probably less expensive.

When asked about the value of a lightweight, durable, reliable, fast-charging battery, most kayak fishermen and other small boat operators choose the marine lithium battery.

These Lithium Batteries are not limited to marine use, they are replacing camper vans, golf carts, bicycles, home energy storage, and portable power sources as one of the most common batteries.

How To Install The Marine Lithium Batteries?

ELB batteries are designed to suit your specific power needs, so you can link multiple batteries together in series or parallel (or both!).

When you connect batteries in series(negative to positive), the voltage will increase while the amp hours remain the same (4 x 12V 100Ah batteries = 48V 100Ah total).

When you connect batteries in parallel (negative to negative and positive to positive), the amp hours will increase while the voltage remains the same (4 x 12V 100Ah batteries = 12V 400Ah total).

Yes, ELB have a mature engineer team to support battery ODM and OEM services for all kinds of lithium batteries. Welcome to consult us!

GET IN TOUCH WITH ENGINEER NOW! 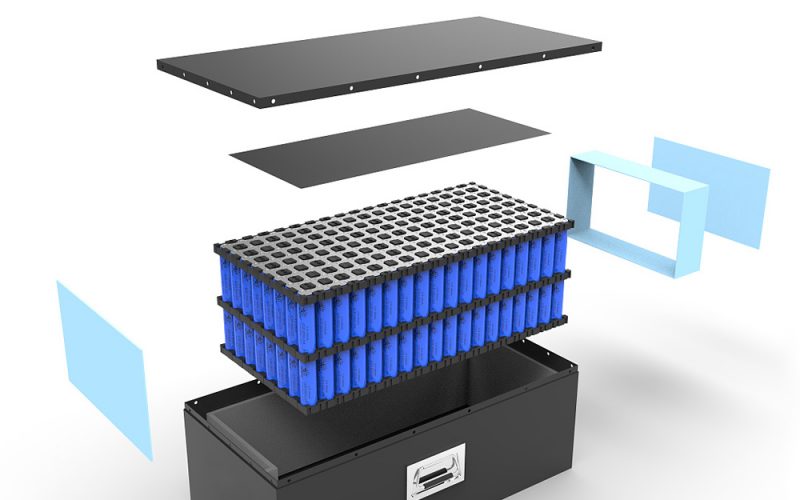 Our blend of domestic and international manufacturing enables us to produce products that feature a range of technologies, price points, and delivery timelines.

GET IN TOUCH WITH ELB NOW